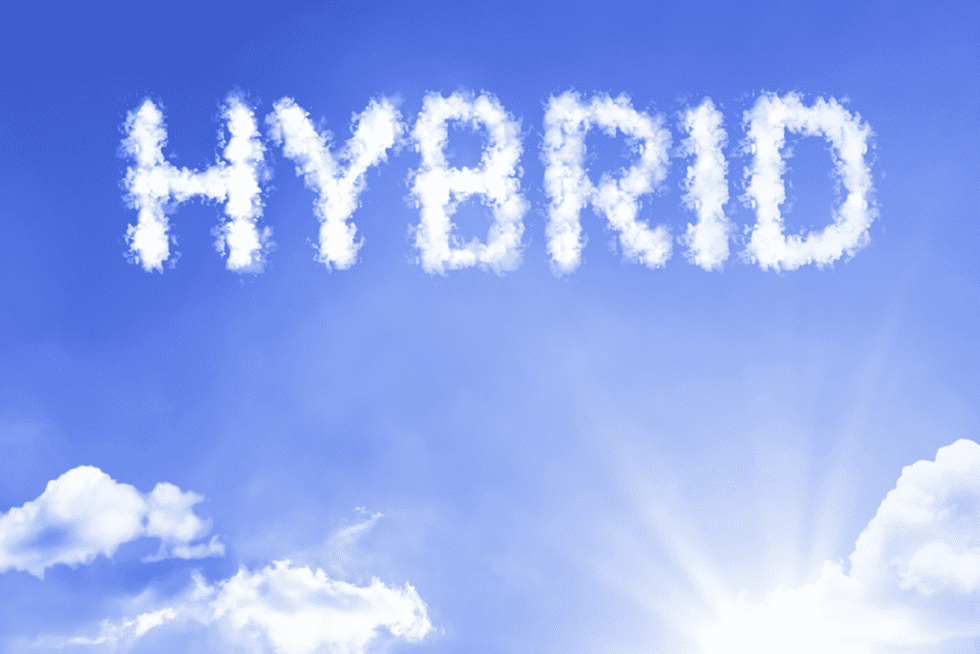 Don’t attempt to boil the ocean, or even the data center for that matter. Take things in measured steps when it comes to cloud. There are many reasons for adopting hybrid cloud, but one of the most compelling scenarios is its role as an interim step in the advance to cloud — part of a very long process. It’s certainly key to digital transformation, which also is evolutionary.

“A part of many digital transformation initiatives, cloud migration represents a big change in the way people interact with systems and each other,” Claus Jepsen points out in a recent article on DZone. “Embracing cloud fully is a huge undertaking. They require hybrid support from vendors long-term to make the transformation manageable, and not just from a technology perspective. A hybrid approach is one strategy that can meet corporate and customer needs, while making the inevitable move to cloud in a way that ensures people are prepared for – and on board with – the change and the journey involved.”

I recently put the questions around the hybrid cloud journey to Dr. Steve Marsh, VP at Nucleus Cyber, who also sees hybrid as a transitional strategy, albeit a long-term one. “Even if an organization chooses a cloud-only strategy, the time it takes to completely migrate to the cloud means that most end up with a hybrid infrastructure for a number of years,” he says. There are a variety of reasons enterprises opt for a hybrid approach, he says. “It could be due to a reliance on legacy systems that are difficult to move, the volume of data in on-premises systems is too big to move, or corporate regulations require them to maintain some data assets or systems under their full control on-premises.”

In his DZone report, Jepsen observes that “it is nearly impossible for enterprises to make the switch in one go because of the complexity of the systems used. Utilizing a hybrid cloud approach provides a buffer for change-resistant employees and departments and also offers the means for swift and successful forward movement for the people who are already on board with the transformation.”

It takes time not only to transition, but also to build an enterprise data strategy, he continues. The data that should go into the cloud, and which should stay on-premises “depends on the enterprise’s needs and how it wishes to manage data,” he says. “Most people now accept that, when used properly, the cloud is as safe as their own infrastructure. However, some organizations still prefer to keep their most sensitive or heavily regulated data on-premises. Also, local regulations may require a level of data sovereignty that cannot be offered by all cloud vendors.”

When deciding on what to move to the cloud it’s important to consider how the systems will be used, Marsh says. “Poor connectivity still prevails in multiple locations making cloud not suitable if speedy access to data is required. The good news is that managing data is now easier when it is spread across multiple locations and systems whether in the cloud or within hybrid environments, thanks the rise of data-centric security.”

There are compelling business benefits now apparent as a result of mixed-cloud and on-premises environments, Marsh adds. “Enterprises now have an incredibly flexible infrastructure that can support and adapt to both existing and new business needs. The speed of cloud deployments for new applications coupled with maintaining legacy business applications and associated data within existing on-premises infrastructure allows enterprises to strike the balance for their user needs. Thanks to new solutions for security and administration that span hybrid infrastructures, it’s now easier to adopt a hybrid strategy instead of having to make compromises for an on-premises only or cloud only strategy.”

The best approaches for integrating data in hybrid cloud environments varies by organization. “The flexibility hybrid environments provide ensures any business requirement can be supported from the IT perspective,” Marsh says. “There are simple strategies that can be used, such as only creating new files, content or other data within the new cloud system, and allowing the existing data to age out if the strategy is to eventually migrate over to the cloud for that particular application.”

Marsh also points out there are instances in which data should not be sent to the cloud. “When there are specific regulations that require data to stay within certain geographical boundaries, the cloud may not be as suitable because some vendors cannot guarantee where the data will be stored. In general, however, provided that the cloud system is being used appropriately and there are proper data-centric controls in place for securing the data and protecting how it is being used, it’s possible to use the cloud to store most types of data.”

Security, of course, is another concern that is evolving as hybrid cloud rises. “Many cloud applications are bringing new capabilities that make it easier to secure data located within in them,” says Marsh. “Now that the potential attack surface has been expanded into cloud and hybrid deployments, the situation for many organizations has actually become worse. Also, data is often in an almost constant state of motion as it passes between systems, users and devices, which means traditional security approaches of locking down data in specific locations within systems are no longer appropriate. If anything, hybrid cloud has underscored the need for data-centric security strategies to ensure data remains secure as it moves through enterprise systems and beyond.”